OUTED: My story not of coming out, but being pulled out, from the closet 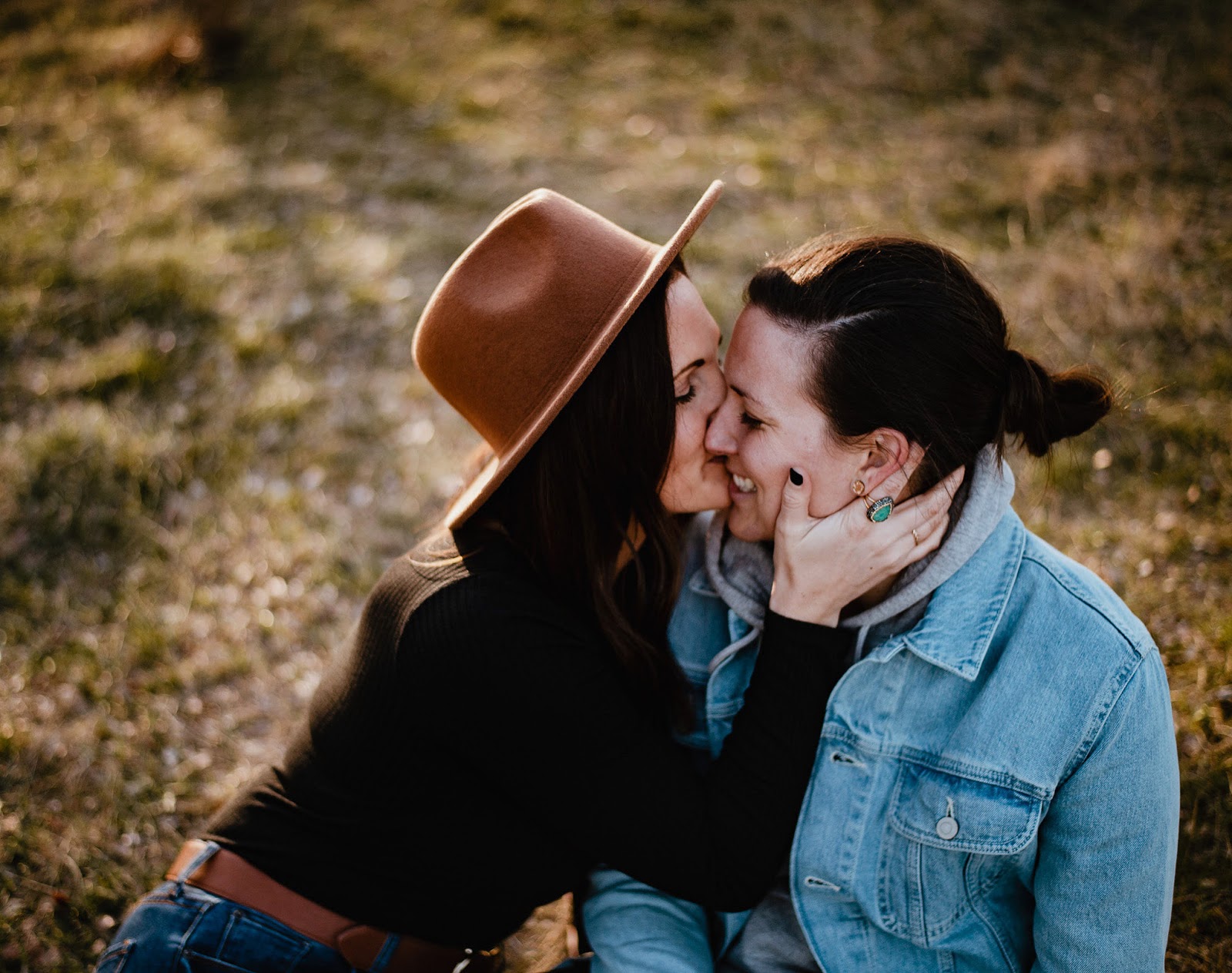 As a loud and proud member of the LGBTQ+ community, I am often requested to share about my coming out experience. The question always makes me giggle a little because anyone who is actually a part of this community knows that coming out is a journey, not a single event. We come out every single year, sometimes multiple times a week. Just this month, I was getting a massage and mentioned my spouse, which led the massage therapist to ask a follow up question about my husband. Per usual, I corrected the individual by stating I have a wife with a slight bit of fear behind my confidence. I’ve been coming out for close to 10 years, and although it has become more natural, I can say with assurance that I don’t believe the fear, the one that hides behind the woman who seems so self-assured, will ever fully disappear.

A portion of that fear stems from an experience that is all too often shared amongst those of us in the LGBTQ+  community. That experience is that of being outed. For those that may not know what it means, being outed is when someone shares the truth about your sexuality or identity before you have the chance to do so yourself. It is one of the most damaging things you can do to someone within the LGBTQ+ community. Rather than share about my many experiences of coming out, I think it is urgently important to share in my experience of being outed in hopes that more people will think twice before recklessly spilling  such a deep and intimate secret that is not theirs to share.

I was a sophomore in college and had just met the first girl that I would ever have a relationship with. We were in the same sorority and became instantly inseparable. First as just friends, followed by deep and electric intimacy just months after our initial meeting. I had never felt anything like it before and was sure I had finally discovered what it meant when people talked about the fireworks and the sparks. We were falling fast in love, all the while keeping our relationship a secret for just the two of us. With this being both of our first experience in a same-sex relationship, we were simply not ready to share about the love that we foud ourselves in. We were still figuring out what this meant for us as a couple as well as us as individuals. Neither of us felt comfortable identifying as lesbians based on this relationship alone and therefore, we kept our relationship close to the chest and presented as best friends to all of those around us. To this day, it was one of the hardest seasons of my life. To be so deeply involved with a person, in complete secret, brought about a plethora of both confusion and anxiety that I have yet to experience again in my life. And right when I thought this moment in time could not become more challenging, I discovered that one of my worst fears had come true.

The woman that I was in a relationship with lived in our sorority house, while I lived on campus in a small little house with three roommates. The sorority house was a lot like a dorm, with every resident sharing a room with anywhere from one to three other girls. As you can imagine, this did not lend a hand to privacy, which is something that our relationship required seeing as no one knew that we were in one. So, we spent a large amount of our time together at the house that I lived in. More specifically, we spent a lot of time in my room. Not just for intimacy reasons; we simply loved to spend time together. We studied, played around on our computers, and yes, had the ability to snag a kiss here or there without fear of judgment. However, this led to a lot of curiosity amongst my roommates. Rightfully so, they were curious about the woman who had quickly become the center of my universe. While I continuously maintained the story that she was my very best friend, they began to question why this friend slept over more nights than not. When it comes to their curiosity, I do not fault them. They had suddenly found themselves with a fifth roommate that they did not sign on the dotted line for, and so I can empathize with their wonder.

What happened next is where my empathy comes to a screeching halt. At some point, in the spring semester of me living in this little house on campus, one of the three women that I considered my close friends hacked into my Facebook. They went straight to my messenger inbox and found intimate communication back and forth between me and the woman that they believed to be my best friend. Rather than stop there at their inappropriate discovery, our private messages were copy and pasted and sent to a large group of people with the subject title, “LESBIANS, 100% CONFIRMED”. I could not forget that subject line if I tried. Following the outing of our relationship was a slew of responses that caused so much hurt and anxiety to stir up  that my legs nearly gave out underneath me. 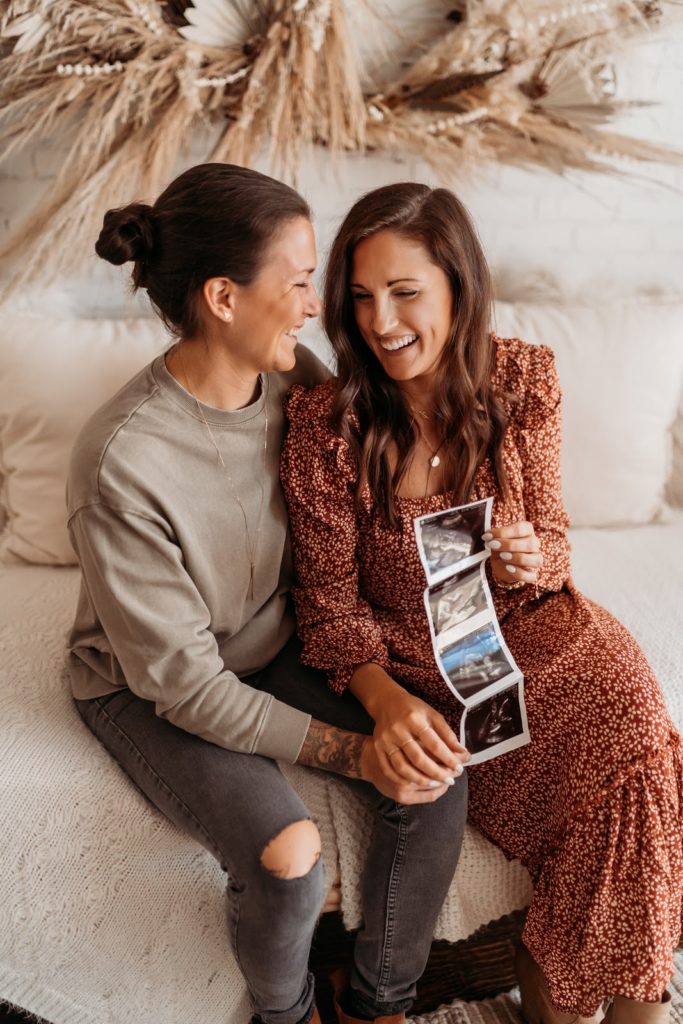 This relationship that had become one of the most important aspects of  my life was being mocked and spat on in plain sight for me to read. Although the comments from both acquaintances and strangers alike caused a world of pain, nothing compared to the hurt that I felt knowing that this act was carried out by the women that I shared a home with. It is about as cruel as it can get. To take something so secret, so deeply personal, and parade it around to their friends as the latest gossip of the week. It caused me bouts of anxiety that no one should ever be made to feel. I had not yet had the chance to even consider my own sexuality, my own identity, before they were doing it for me. I was only months into my first ever relationship with a woman and was already being called a lesbian prior to even exploring the title for myself. It was a horrendous feeling that is hard to put into words. It scarred me and ultimately led to my uncomfortability with the title of lesbian for years. And of course it did, when my first experience of seeing myself identified as one was met with such disgust and mockery.

Now, almost 12 years following being outed, I am proud as can be to identify as a lesbian. I am elated to have been able to take the word back despite my fears and find my truth in this identity. It brings me overwhelming feelings of strength to know that I was able to rise following such an invasion of privacy.; such a betrayal of both friendship and trust. The devastating reality is that so many LGBTQ+ youth and adults cannot say the same. People have ended their life for less, and that is why sharing this story is both urgent and necessary. I am one of the lucky ones to have been able to see the bigger picture. To have not let the severe fear and anxiety crumble me, although I can see how it easily could. I am now married to the woman of my dreams, having just celebrated five years together and just shy of our two year wedding anniversary. I am 17 weeks pregnant with our son, conceived through Reciprocal IVF and due in July of 2021. I am living out a life that I was so unsure that I would ever have, especially following my outing experience. I am so grateful that I did not allow my story to break me. Instead, it built me.

I was never able to confront my outers. At the time, it was too overwhelming. To confront them would have meant that I had to own up to the relationship that I was in, and I was simply not ready to do that. I was too afraid, too confused, and much too insecure. It is one of my deepest regrets. To know that I did not stick up for myself and my truth will haunt me for the rest of my life. So instead, I share this story. I  share it in hopes that it will prevent the next outing from happening. In hopes that it will save a life, whether literally or figuratively. In case anyone needs to be reminded, someone’s sexuality or gender identity is not yours to share. It is not the latest and greatest story of the week to be whispered amongst peers. Everyone has a right to live on their own timeline without someone else forcing them from their comfort zone. If you’ve been outed, I am so sorry. I know the hurt and I know the fear. Please know that it is not your end, it is simply your beginning. And although you may feel crushed, betrayed, and scared beyond belief, you are stronger and braver than those who chose to out you. Being a bully is easy; rising above is the hard part. You  will accumulate strength from your experience and emerge with more courage than you thought possible. Do not let the bullies win. In the end, they lose. And we? We rise.

Coming Out as a Conservative Christian

Coming Out and Postpartum Depression