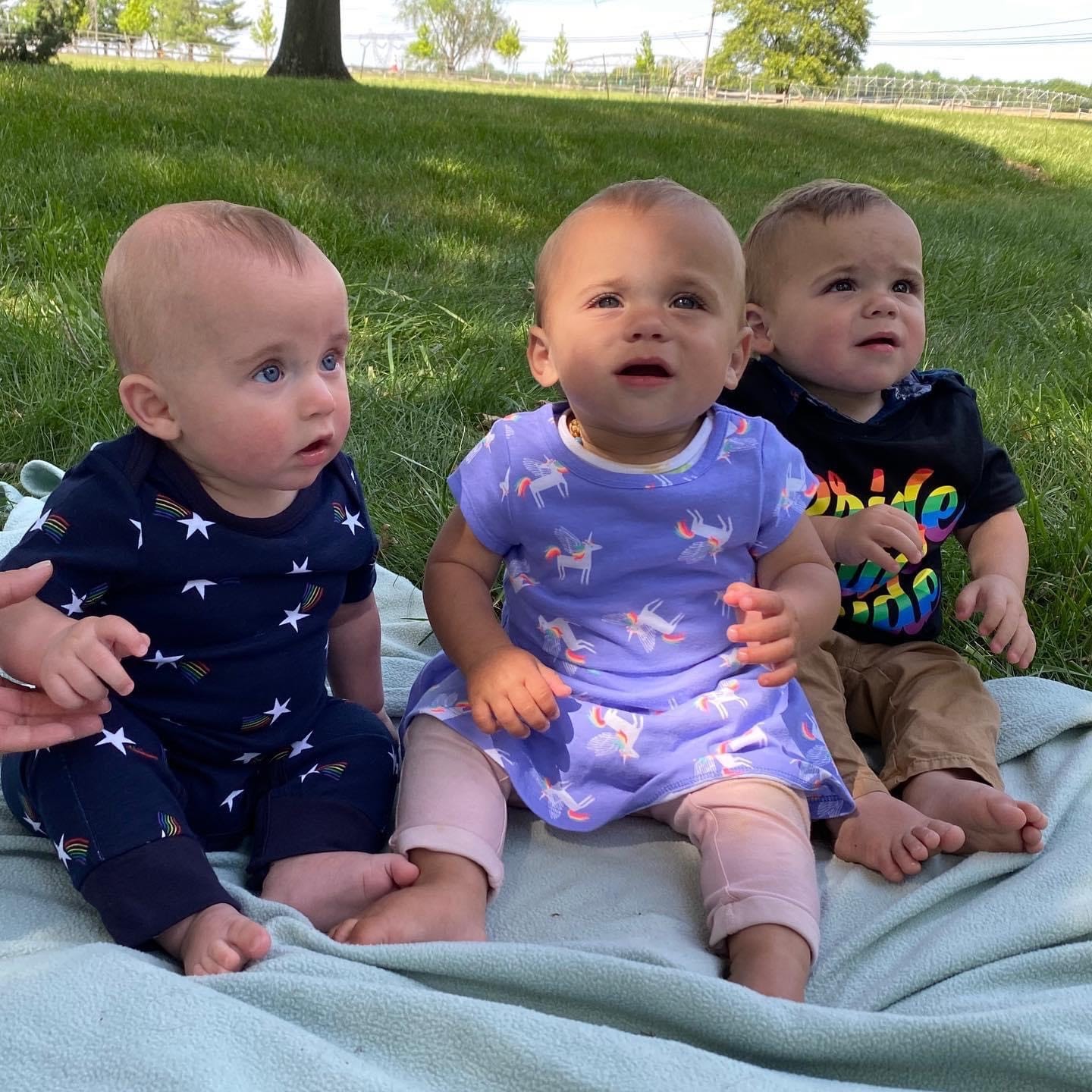 My name is Ariana and my wife, Megan, and I have a one year old son named Lucas that was conceived using donor sperm. I knew using a sperm donor would have its quirks, but we never could have imagined it would lead us to developing friendships and extended family all over the world!

Megan and I knew right from the start that we both wanted to have kids and that we both desired to carry. My wife Megan is about a year older than me so we decided that she would try first. Then came the nearly impossible task of choosing a sperm donor. We looked through hundreds of profiles at multiple sperm banks. We didn’t have too many specific criteria but we were set on the fact that we wanted someone with features similar to my wife and me (brown hair/hazel eyes). We were also set on choosing someone that had no history of breast cancer or substance abuse since my mom had breast cancer and Megan’s grandfather was an alcoholic. Finally we wanted to choose an “open ID donor” which means that when our kids turn 18 they will have the option of finding out their biological dad’s identity. So that did narrow our search some and we finally ended up choosing someone from Seattle Sperm Bank in October of 2018. We purchased 15 vials. I know, a bit excessive lol but we wanted to be sure we would have enough. We didn’t know how many tries it would take and since we both wanted to carry we wanted our kids to be biological siblings.

We decided to start with in office IUI as it is much cheaper and less invasive. We were soooo excited. Megan started trying right away. She did 4 IUI’s over the span of a few months but never got a positive test. Although we knew it often takes over a year to get pregnant, we were sad and frustrated. We wanted a baby so bad and we were anxious to make it happen. We decided to start looking into IVF. As we were looking at IVF, we thought “what the heck, I (Ariana) will just try IUI one time while we do our research and plan out doing IVF”. Two weeks after my IUI, I took a pregnancy test and couldn’t believe it when I saw two lines. I was pregnant! We were both in shock. I had a very uneventful and dare I say “easy” pregnancy. Lucas was born by scheduled c-section at 39 weeks in January 7th, 2020. I was unable to have a vaginal delivery due to a previous surgery on my brain that prevented me from being able to push safely. He was healthy and perfect.

Soon after his birth, I reported to Seattle Sperm Bank that I had given birth and signed up to access their sibling registry. We were so eager to be able to possibly get in touch with some of Lucas’s diblings and their families. Once I was granted access, I got to work right away looking for other families who used the same donor. Unfortunately their website was very hard to navigate and that proved to be a harder task than I had imagined. Luckily I read a comment on there that there was a Facebook page that families who used sperm from Seattle Sperm Bank used to get in touch with each other more easily. I joined the group right away and learned that Lucas had multiple diblings! I was then invited to a private group for families who specifically used our donor and discovered that there were a total of 5 diblings!

Fast forward one year and there are now 10 diblings whose families we are in touch with and one more on the way! Last summer we had the opportunity to meet two of the diblings (twins!) and their awesome mom and dad. We live in Cleveland, Ohio but I am originally from the Philadelphia, PA area. We were home visiting my family and the other dibling family lives in New Jersey so we were able to meet up! It was such a cool experience to see Lucas interact with two of his biological siblings and we definitely plan on making it happen again in the future. We have also had multiple Zoom calls with all of the other dibling families and have celebrated one dibling’s birthday on Zoom. This last Christmas we all shared addresses and sent each other holiday cards which we plan on saving to show Lucas when he’s older. 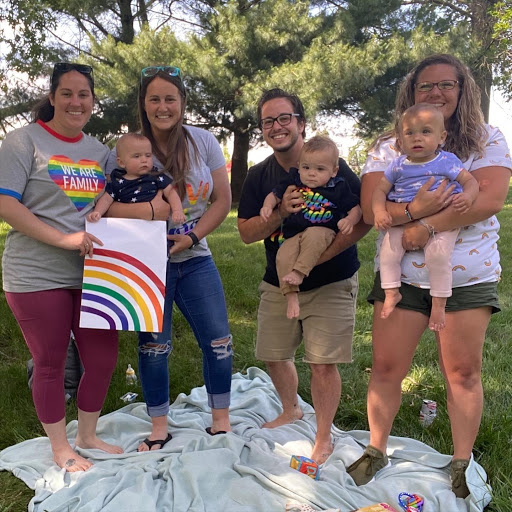 Besides it being neat to see Lucas’s diblings and get to know their families, Megan and I have discussed the importance of knowing some of Lucas’s siblings in the case he ever had a medical problem that required any type of transplant from a biological family member. We also think that it’s important for Lucas to know other kids from LGBTQ families. We are so thankful for the extended family we have gotten to know and look forward to many more Zoom calls and hopefully in person meet ups after COVID!

Check out our featured sperm banks and grab your codes for free donor searches.