What Could Happen Without an Order Confirming Parental Rights? 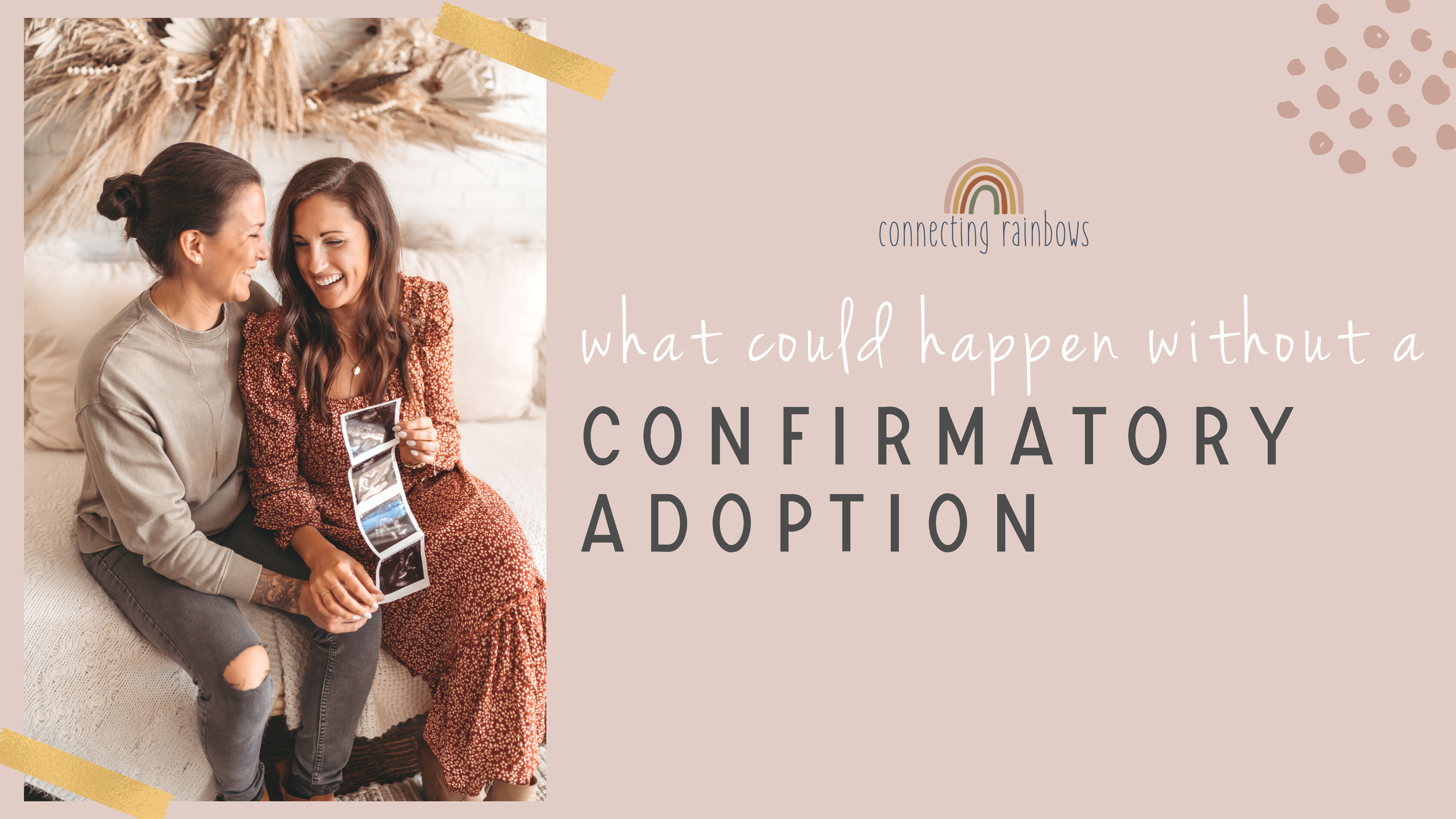 Simply put, you could lose parental rights to your child, even if your name is on the official birth certificate as parent.

A birth certificate is supposed to be enough, showing that those listed are the legal parents of the child. Unfortunately, that basic presumption is not universally understood. Even when the law is crystal clear, there can be a challenge to those parental rights in times of immense vulnerability, such as at divorce, disability or death.

You can learn about the legal process we refer to as confirmatory adoption on Connecting Rainbows, in the mainstream media, and from our own LGBTQ legal organizations so I won’t waste space repeating has been well-covered. Suffice it to say it’s the consensus that an adoption or a parentage order is strongly recommended to confirm parental rights no matter where you live and no matter whether you and your spouse or partner are already named on your child’s birth certificate.

I get how frustrating it feels to have to adopt one’s own child. But here’s another perspective: As someone who worked on litigation to force my home state of Florida to repeal its ban against LGBTQ people adopting (which ban was in place until 2010!), I’m grateful we even have the option of adoption. It’s heartbreaking to think about how many families were torn apart before we could create these legal bonds.

It’s hard to predict all the ways in which life can go sideways, but here are a few examples of the types of cases we’re seeing in our LGBTQ legal movement:

We’ve seen all of these scenarios and many more and in each, having a court order would quite likely save the day. Or at least make the fight a much shorter one. A birth certificate is an administrative document while an order from a judge must be given, in the language of the US Constitution, full faith and credit in any jurisdiction in which is presented. As another lawyer colleague describes it: a birth certificate is like a diploma, and the court order is the transcript.

And in this climate where homophobes and transphobes are ever more empowered by courts and governments to discriminate, we must avail ourselves of all legal protections available.

From the perspective of a lawyer who handles these cases, there’s an aspect of fear when putting out a message like this because we don’t want to inadvertently empower a biological parent or their family to pull some sort of shenanigans if given the opportunity. So it’s important to articulate that this process should be seen as “belt and suspenders:” it is added protection but no one should be under the impression that the absence of a court order can be used as ammunition against a non-biological parent. It’s just that with the court order, which clearly states who the child’s legal parents are, there’s no question.

None of this is trying to scare you. Rather it’s important to be educated and of course you can never be too informed when it comes to your rights and taking care of your family.

Elizabeth F Schwartz (she/her pronouns) is a nationally-recognized advocate for LGBTQ+ people.  She is the author of the book Before I Do: A Legal Guide to Marriage, Gay & Otherwise. For over 25 years, her Miami-based practice has focused on serving the LGBTQ+ community in family formation, dissolution, gender marker changes, estate planning and probate. She is board certified by the Florida Bar in adoption law and a member of the National Center for Lesbian Rights (NCLR) National Family Law Advisory Council.